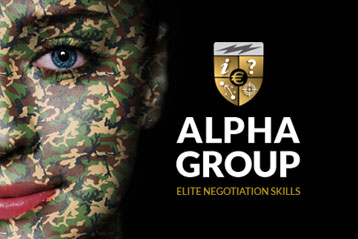 Why won’t they answer the phone?

I’ve been doing the Alpha Group Negotiation Skills training since mid 2017 and a frequent request from trainees is for advice on email negotiations.  Consequently, I’ve added an email negotiation scenario to the new 2019 course format and this blog covers some of the things we discuss.  Drop me a line of you want to find out more about in-house training or open courses (malachy@foodfirstconsulting.ie +353 87 9380216)

From a suppliers point of view, more and more of their buyers are insisting on negotiating only via email.  The bottom line is that the buyers are generally younger than the sellers (by 10 years on average).  They are also more confident, with the backing of a multi-billion organisation, negotiate more frequently and are accustomed to winning.  And now they want to change the rules of engagement and communicate differently.  You might be used to meeting face to face, making a phone call to fix a problem, using all your senses to read and assess a situation.  But now they won’t answer their phones and they actually want to negotiate by email.  You probably won’t change them, so don’t try.  Instead, put your energy into understanding them and making it work for you.

Who are these young buyers?

Why do they negotiate by email?

Well, it’s not just negotiations.  They’ll probably meet their future partner on a dating app and the call function on their phone will only be their 5th most used app.  It’s actually the case that ALL of their communication is different versus the Gen-X folks that came before. There are some specific reasons though.

What can you do differently?

Email can be very useful in a negotiation, especially at the start and end.

At the outset, a clearly drafted list of your and their ‘needs’ can get both parties very deal-focused.  You can use email to demonstrate the other non-price variables.

2. Move them off email

Potentially, you can use email in the early stages to demonstrate the complexity and the higher value of the deal such that they agree to a face to face or telephone interaction.  At the very least you get them to engage in giving you valuable concessions that allow you to give them the price they want.

3. Recording the details at the end

Most buyers have been trained to gain concessions just after the deal has been closed. These ‘nibbles’ are much more difficult if you’ve drafted an agreement on email and you’re clear that the offer is contingent on the context.  If the context changes, then so does the offer.

A well drafted email negotiation will protect you when the inevitable happens and your buyer gets moved to a new category.  It’s hard to deny knowledge when its recorded in black & white.

If email is fraught with difficulty, an errant capital letter can make you look angry, then over-compensate with pleasantries.  Don’t go excessively short-hand.  Do all the things you’d do if you were face to face or on the phone.  Talk about the weather/sport/business before you get stuck in.  And don’t be afraid to use emojis!

Remember, if they can be braver behind a keyboard, then their opening pitch will likely be a tad more extreme.  You probably already correct for this in your thinking, but with email you need to over-correct.

Let me know what you think, I’d love to hear how you are optimising your email negotiations!  If you would like to learn more about our training courses please have a look at the website: